Operational know-how and certain production techniques and processes are often well-guarded trade secrets that are kept strictly under “lock and key”.

Under “lock and key” – protect your trade secrets.

Competitors are called to develop their own competing methods or processes.

As a business owner and entrepreneur, you generally do not want your competitors to know about your internal operations and secrets and be able to exploit them for their own benefit. In order to remain successful and competitive in the long term, you are well advised to protect your company’s trade secrets effectively and in a legally secure manner.

This article shows the first steps you can take to achieve this goal.

1. The new German Act on the Protection of Trade Secrets

The new Trade Secrets Act now creates a centered solution and at the same time brings numerous innovations. We will introduce you to the effects and benefits the new law will have on your company.

The law protects trade secrets. But what exactly is a “trade secret”? The German legislator has explicitly answered this question. The following requirements are placed on the term:

For example, the following information may fall under this protection:

3. What secrecy measures come into consideration?

Caution: Since the introduction of the Trade Secrets Act, the protection of your company’s secrets no longer depend solely on your will. You must now also express this will by way of appropriate secrecy measures.

Many measures are conceivable to meet this requirement.

However, before you take any measures, check what information you actually need to keep secret. First, classify the information according to its importance. It makes sense, for example, to divide it into categories:

After this step, you can decide on specific protective measures. Countless measures are conceivable. We would therefore like to give you an overview of just a few of them:

In all measures, however, the rights of your employees and customers must be observed. These must not be inadmissibly restricted by the measures taken. Therefore, consult a specialized IP lawyer beforehand, e.g. an IP lawyer from our Greyhills offices in Berlin or Cologne.

Secrecy clauses in employment contracts are very common these days. They usually include a prohibition on the disclosure of company information, sometimes in combination with agreement of a contractual penalty that we be due in case of contravention.

If you already use such clauses, there may be a need for adaptation: It makes sense to adopt the German legislator’s definition of a trade secret especially within the framework of employment contracts and contracts of similar nature. In principle, however, you can also further develop such a clause.

To be on the safe side, we recommend having one of our specialized attorneys review the effectiveness of existing clauses in your contracts. This will greatly increase the protection of your trade secrets.

4. What claims do I have in the event of impairment?

The law offers you numerous claims if your trade secrets are impaired or tampered with: 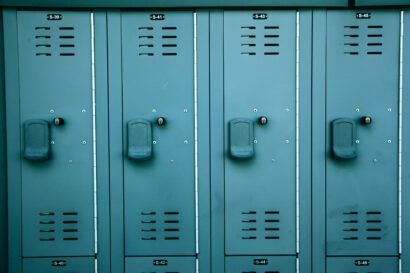 Safe and protected – This is how the German trade law protects your trade secrets.

He therefore threatens to pass on all project plans to his future employer if E does not withdraw the notice of termination. You can defend yourself against such types of threatened infringement with an action for an injunction, if necessary, already within the framework of a preliminary injunction.

In addition, you may be entitled to a claim for destruction of documents and files as well as for claims for recall, destruction and withdrawal from the market of an infringing product that makes unauthorized use of your protected trade secrets.

Example 1: A took the project plans home to show them to a business friend after the project was completed. Entrepreneur E has learned about this. He can now demand that A shred the plans.

Example 2: A has misappropriated the plans and used them to launch his own product. E can now obtain a court order retraining A from further selling the product. It may even be able to demand destruction of the products that have been illegally produced using E’s trade secrets.

Example: Employee A reports in a forum about secret planning sketches of his boss. The latter wonders where A got this confidential information, since A is not supposed to have access to it.

He can therefore demand information from A as to who made this information accessible to him.

However, under certain circumstances, the infringer can invoke a plea of “disproportionality” and thus thwart your claim.

The value of the trade secret at issue plays a decisive role here, as do the measures you have taken as an entrepreneur to protect our secrets from misuse.

In addition, the interests of both sides and also the public interest must be taken into account.

Finally, you may be entitled to claim damages.

You normally have three options for calculating your damages:

Difference method, i.e. the comparison of the situation with and without the damaging (infringing) event.

Reasonable compensation by way of license analogy, i.e. calculation of damages by way of a fictitious “royalty” that the infringer would have had to pay for your company’s consent to obtain, use or disclose the trade secret.

Finally, your trade secrets are also subject to protection under criminal law.

5. Will I endanger my trade secrets if I conduct a lawsuit?

The German legislator has created a separate procedure for lawsuits concerning trade secrets in order to do justice to the interest in secrecy, even in the context of legal disputes. The court can thus order confidential proceedings.

Violations can result in heavy fines. In addition, the public can be excluded.

Nevertheless, there remains a residual risk that your company secrets will become known. We therefore advise you to check whether the risk is worth it before initiating legal proceedings.

6. What are trade secrets not protected from?

The new law also provides for limits to the protection of your company’s trade secrets. For example, Sec. 3 of the German Act on the Protection of Trade Secret regulates permitted uses, against which you cannot take legal action.

This includes, for example, someone obtaining a trade secret through independent discovery or act of creation. In addition, the legislator expressly permits “reverse engineering”. This allows a trade secret to be obtained by observing, examining, reverse engineering or testing a product or item. However, the prerequisite is that the product or object has been made publicly available or is in the legal possession of the person acting and that he or she is not subject to any obligation to restrict the acquisition of the trade secret at hand.

Example: Company A launches a smartphone whose technology is exemplary on the market. Researcher R buys the smartphone and completely disassembles it. This allows him to draw conclusions about A’s secret production process.

R has thus obtained his knowledge permissibly through “reverse engineering”. A can therefore not take legal action against R.

You are often also powerless against “whistleblowers”. These are persons publicly disclosing trade secrets in order to draw attention to illegal actions and other types of misconduct. If this behavior is suitable for protecting the general public’s interest, it may be permitted in individual cases. Overall, the German legislator has made codifications in a highly controversial area. If you suspect a whistleblower of illegally disclosing your company’s trade secrets, you should therefore urgently consult a specialized intellectual property lawyer. Our team at greyhills will be happy to assist anytime.

Trade secrets are regularly and effectively protected if they have an economic value, if there is a special interest in them and their secrecy, and you have also taken appropriate measures to protect them.

You are well advised to identify your trade secrets internally by way of an internal audit, to divide them into categories and, where possible and feasible, to take appropriate protective measures with the assistance of a specialized IP lawyer.

If your rights have been violated, there are numerous legal claims available to your company. Legal proceedings do not per se stand in the way of confidentiality.

However, you cannot defend yourself against all and any conduct related to the disclosure of your firm’s trade secrets. Therefore, each individual case will have to be reviewed by a specialized IP attorney before legal steps are initiated.

Do you have specific questions on the protection of your company’s trade secrets?